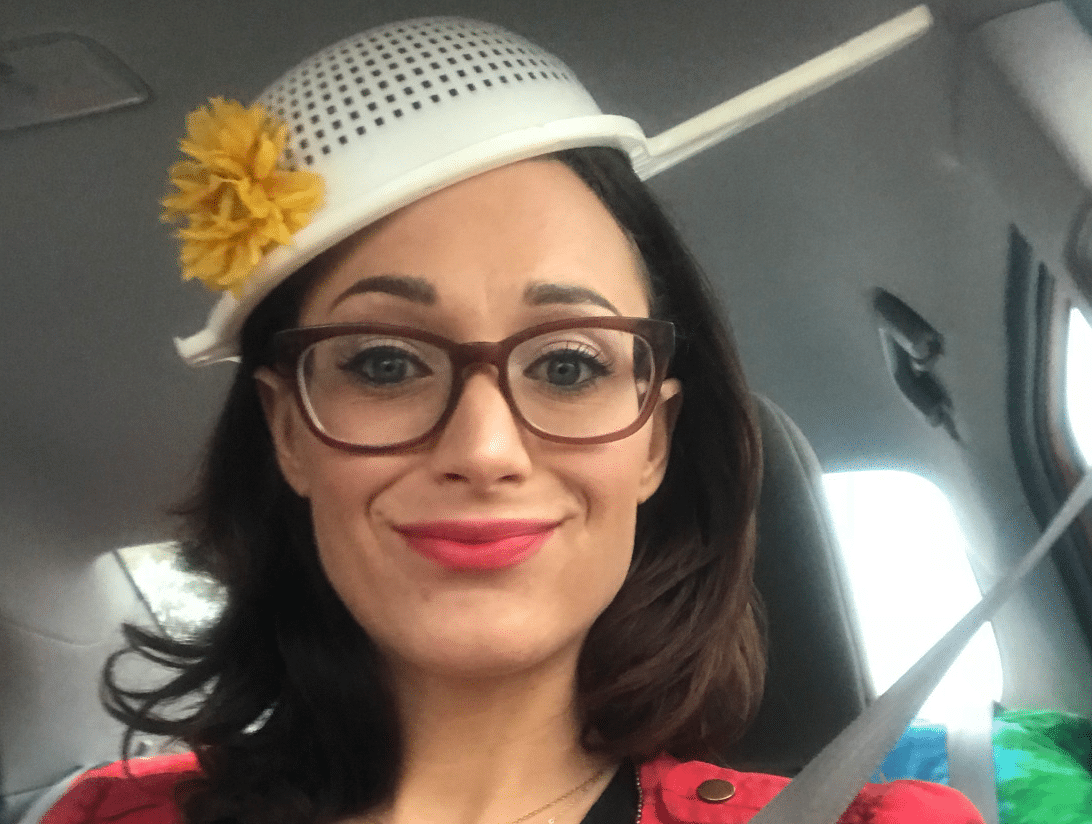 Losing your I.D. and getting a duplicate is something I drunkenly learned you can’t do online after purchasing (instead of my duplicate I.D.) a book on “how to get a duplicate I.D.” “Oops!” said my martini. Let’s try this without vodka in the near future.

I decided one day to drive all the way to Simi-Valley (Bumblefuck, California) to their DMV to get my duplicate. Yes, I need a day job. As I entered, there was NOBODY there. WHAT!? The heavens sung. IT WAS A GLORIOUS DAY, I thought. I told the woman working at the window I was there to submit for my new duplicate, and she asked me if I wanted to “retake my photo.” I took a chance in that moment, and said “You tell me!” with a confident smile on my face. Well, she told me alright. After looking at my last photo (taken at 21 years of age) I’m now apparently pushing 500. “YES. You should probably retake your photo,” she said. I punched her in the face. Just kidding. I brushed it off and went to the camera guy with my paper and oxygen tank.

Now this guy is where the magic happened. As I walked up to get my photo, I got this great idea. [note: My best friend Andrew did a silly face for his I.D. that made me literally shit my pants laughing. I wanted to be twinzies. I wanted to do the same goofy cross eyed grin.] See picture below.

I waltzed up to the front of line (there was nobody there) and handed this jolly camera dude my paper. “Hi! Can I do a silly face!?” …instead of, ya know,  just surprising him with it. He responded enthusiastically with a “FU%K YES!” So I’m not sure he really worked there. Either way, I was stoked. He then informed me of something else: If I had a spaghetti strainer with me, I could put it on my head and take a photo because it’s “apparently a religion” and the DMV “cant say NO.” I blurted out, “SHUT THE FRONT DOOR!???!” He stood there confused. I cleared any confusion by stepping back and taking the best ugly faced chinning cross eyed photo I possibly could. I knew it was good. I knew this because he didn’t stop laughing until I pushed the doors open as I exited the DMV. I could not wait to get this in the mail. I killed it at the DMV …I thought.

Two weeks passed, and I needed weed–I mean, “my I.D.” Luckily an envelope from the DMV arrived and sparks flew. Martinis poured. I go to open the juiciness likes its Christmas Day, and as I opened it, my jaw dropped. Instead of pulling out my silly faced I.D., I pulled out a crusty letter instead. The letter stated “Sorry for the inconvenience, but we need you to come back to the DMV and retake your photo.” This letter made me want to rip a heart out of someone’s chest, and then kick the heart in the nuts ..and thenmake that heart go to the DMV. I took that anger though, ladies and gents, and I manifested it into a trip to the local DMV I-will-never-forget.

Walking out of the house and getting into my car with a pasta strainer on my head wasdifficult. I clipped the door, had to roll the window down for it to stay on properly, the flower on the side of it barely stayed in, and the temptation to drive to the Kentucky Derby instead WAS THERE. See picture below:

Is it Easter Sunday or am I wearing a colander? You tell me. I put in my GPS directions to the nearest DMV, and when I pulled up to the full parking lot is when I realized heading to a Los Angeles DMV at 4pm is a dumb (yet popular) idea. Zero fucks given, I thought. I strut to the entrance of this massive local DMV, strainer on. Flower in. Shirt saying “I’m sorry about our president” in every language (except Russian). You’re welcome.

As I enter, the security guard takes one look at me and loudly says “GIRL, YOU GOT A NOODLE STRAINER ON YO’ HEAD!” People laugh. I stood there with a straight face and said “YEAH? …and?” He immediately retracted with “OH! …MY BAD!” You’re goddamn right, I thought. What a weirdo. Anyways, I walked further and looked around at this Canoga Park DMV. It was smelly, packed, and HUGE …like Caitlyn Jenners butthole. I waited in line for my number, and searched for a place to sit.

So there I am, sitting in the only area available at this point: the children’s section. See picture below:

2 ½ hours later: Between studying my newfound religion, adjusting my colander, and scaring children, I realized something: I’m going to be alone forever. Also: I resonate deeply with Pastafarians. Could it be? Am I realizing I am religious in my obnoxious attempts as a poser? Or is it the noodle strainer? This was the only thing I knew while reading about Pastafarians: YASSSSS. Church of the “flying spaghetti monster” …I salute you!

Finally (drum roll) they called my number. I screamed “YAHTZI!!!!” –Just kidding. That would be obnoxious. I headed to my window, and as I walked through the driving test section I realized I walked the wrong way. I had to loop around the entire DMV again to my actual window. People stared. I worked it. It’s not easy being pretty, I thought. I mean, it’s not pretty being eas.. Pastafarian. Huh? (Whatever.) I got to the window and no questions were asked. The lady gave me my final paper, and I headed all the way around again to the photo area to get my picture. I stood in another line (shocker) but finally it was my turn. My moment.

As I step up to the picture plate, the woman had me do a thumbprint and signature. Then she said something (and this usually doesn’t happen) that pissed-me-off. “Now, if I could ask you to just remove your hat..” I twitched. Then took take a deep breath and said “THIS IS NOT A HAT. This is my religious garment.” I could tell she wanted to laugh so I fired back with even more seriousness. “This-is-my-religious-WARDROBE.” She now looked confused, and like she needed to be educated. I said, “I’m Pastafarian …Church of the flying spaghetti monster.” She stood there absolutely baffled, and then asked to be excused as she “went to get her managers.” I looked at the palm of my hand for notes in the meantime. They all came back and I just continued talking about my newfound religion. “Pastafarianism: The church of the flying spaghetti monster. We worship (which is true) beer, Fridays, and Pirates. Yes, I said pirates. It’s a satiricalreligion basically in place to say “hey I can wear whatever the fuc* I want, and believe whatever it is I want to believe. I can also wear on my head whatever I want to wear. You’re no better than me, and I’m no better than you.”” One lady started speaking and I interrupted with “Also, I am an ordained minister with the spaghetti monster church, so you can look that up too.” All 3 ladies stood there like they were doing the mannequin challenge, and finally one of the managers said “Ok miss. We are completely sorry about this misunderstanding. Lets do your thumbprint again, sign right here, step back, and we will take your picture.”
Two weeks later I got my photo:

Getting into Disneyland for free (dressed as a man) ..and ending up in a tabloid

I love this. The other day (in order to get into Disneyland fo’ FREE) I dressed as a man. GULP. with a beard. I was “Robert” for the day, because thats whose season pass I was using. I had to look just like his picture too, so yeah. I DID. (Just a dirtier, more homeless version.) ZERO-FORKS-GIVEN. I didn’t blast pics on social media because 1. I legit scared children and 2. I don’t want to be alone forever. Guess what though?! My secret day of pretending to be transgendered was all over tabloids in the UK the following day ..by accident. Here’s a recently published news article, with myinstagram info @danamayy, and my ladyboy pic attached. YAY!! …said nobody.

Is that you Meghan Markle? Actress hounded as people think she’s Prince Harry’s fiancée AN AMERICAN actress who bares an uncanny resemblance to Meghan Markle gets asked at auditions if she is the real future wife of Prince Harry.

..WHY ME? My bff Celeste Creel is blowing UP right now, and this article (the first one of many to pop up via google) is basically all about her being a “Meghan Markle lookalike” and the famous Prince Harry himself. YEP.

Why is there a photo of Dan(a) then, you wonder? WELL, the article wanted to highlight her recent life/activity on social media, and… well folks, that just so happened to be at Disneyland, with MUA! ..her bearded ladyboyfriend @danamayy –rockin’ a Tupac shirt w. sideburns and light up shoes.) ALLL DAYYYY YO.

I haven’t laughed this hard in a LONG time. I want to thank Celeste Creel for lookin’ kinda like Meghan Markle (but hotter), Tony Stotzer for letting me wear all his clothes, Kunal Dudheker for not knowing I stole his boxers and wore those as well (and all the time), and my mother Meg Jamison, because this is what a waste of money on etiquette school actually looks like:

AN AMERICAN actress who bares an uncanny resemblance to Meghan Markle gets asked at auditions if she is the real future wife of Prince Harry.

Here’s a screenshot of the article I am in:

Phnom Penh, Cambodia is a place that will wake you up. I admire this country because it has taken its past and transformed it into a culture that hasn’t forgotten, but chooses to grow despite the darkness it’s been through. At the airport, on my way to Cambodia, I met a girl who was visiting her uncle for…